The Science of Multiple Markers (and the concepts associated with them)

Why use multiple markers?

For our dog to select the appropriate behavior for a given cue or context, their brain needs to have established associations among sensory stimuli, selected behaviors, and rewards. In training scenarios, typically the rewards are treats, toys, personal play, or a behavior the dog enjoys, and we associate these with the specific behavior/s we desire.

So, what is reward prediction error (RPE)? 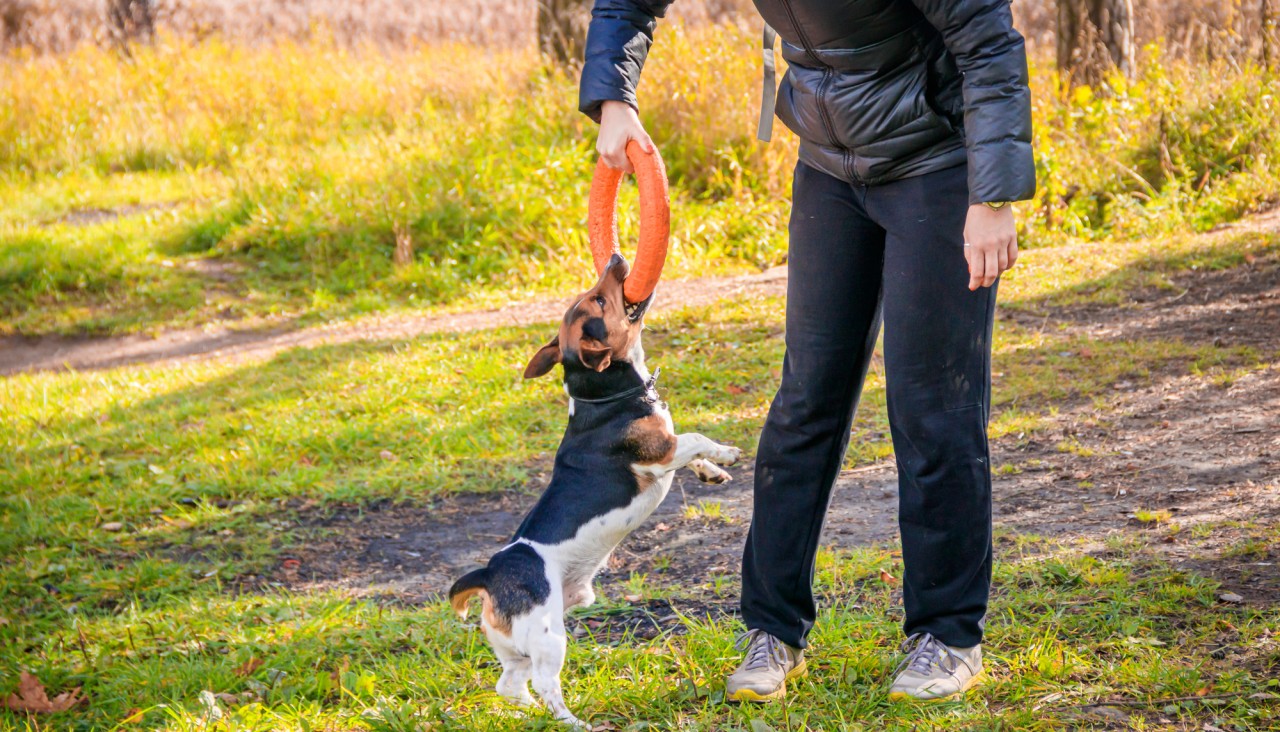 A common analogy often used to describe RPE, centers around a typical human's response to the delivery of an initially unexpected treat.

We can see the outward expression of this process in our dogs. After many repetitions of delivering a reward immediately after a marker, we see their positive response change from initially occurring only at reward delivery, but then moving forward to occurring at the marker.

Dopamine neurons encode the discrepancy between reward predictions, and information about the actual reward received. They then send this information to downstream brain regions involved in reward learning. 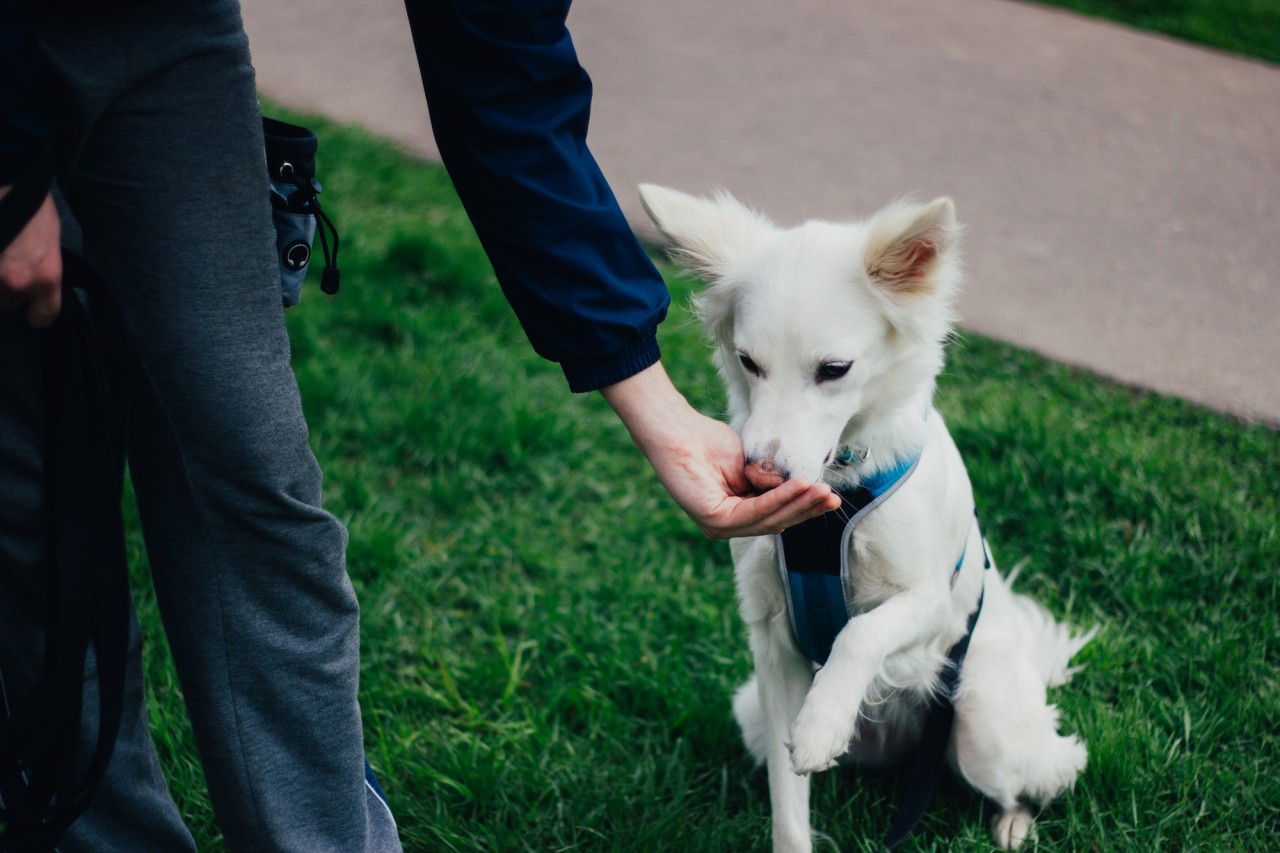 Going back to our human analogy again. We may enjoy candy, we may also enjoy cheese, but we will likely have a preference. That preference may even vary at different times and in different contexts. Accurately predicting what is being offered before turning around, eliminates the possibility of disappointment. So maybe a tap on the right shoulder for candy and a tap on the left for cheese.

Similarly for our dogs, it is ideal if the specific marker predicts the actual reward that will be delivered. Using multiple markers allows the dog to predict the type of reward (treat, tug, ball throw, release, etc.) that will be made available. Markers that not only tell the dog what type of reward will be delivered, but exactly how and where they will access the reward are the most effective. Using multiple markers eliminates the chance of inadvertently causing a negative RPE.

Understanding how the RPE system functions can be useful for ensuring our dog's learning is not negatively impacted, by receiving a lesser reward than what was anticipated. We can also utilize this concept to influence behavior extinction in a kind way, by providing a reward that is substantially lower than the predicted reward.

Another concept associated with markers, is that of "sign tracking" (ST) behavior, versus "goal tracking" (GT) behavior. This has been extensively studied in rodents, and in more recent years the research has expanded to humans and other species.

As we know from our training scenarios, cues (markers) that are associated with rewards, acquire predictive value, and influence behavior. However, it is worth noting that there is significant individual variation in the propensity to assign motivational value (incentive salience) to the reward cues (markers) themselves.

In classical conditioning studies in rats, where a cue (extension of a lever), predicts a food reward being delivered in a bowl in another location, some of the rats will favor approaching and interacting with the lever (sign trackers), whereas other rats will favor approaching and interacting with the site of delivery (goal trackers). All rats will eat the food once it is delivered; it is the behavior that occurs between the conditioned cue (marker), and the delivery of the reward itself, that differs.

We see the results of this phenomenon when training our dogs. For some dogs (GTs), the motivation to work is tightly linked to receiving the reward, hence their behavior may change once they lose interest due to satiation. Arousal will likely lower, and performance may also reduce unless the behavior is already trained through to habit (automatic response). Whereas other dogs (STs) appear unable to shift their thoughts and actions away from rewards and the cues associated with the rewards, even once satiated. Dogs displaying ST behavior may also show obsessive responses to a clicker for example, becoming hyper-aroused just from the sight / sound of the marker or marking device.

Even in our day-to-day management, we note that during food preparation some dogs (ST), primarily focus their interactions on the cues that indicate that food will be available soon, whereas other dogs (GT), primarily focus their interactions on the area where the food will be made available for consumption.

Sign tracking behavior has been linked to impulsivity, deficits in attentional processing, an increase in compulsive behaviors, and susceptibility to addiction in humans.

The difference between ST and GT is not just observable as a difference in behavior, several differences have been identified in the neurobiological mechanisms underlying these distinct associative learning strategies (Kuhn et al, 2018).

To complicate matters further, some studies show that there can be variation within the one individual in sign-tracking and goal-tracking behavior across various reinforcers. This suggests that ST and GT behavior may be influenced by individual differences in the value placed on specific reinforcers, as opposed to reflecting dispositional differences (Patitucci et al, 2016).