Superstitious Behaviors: What does your dog have in common with these famous celebrities?

Is there anything that you do or carry with you when you want good things to happen? A number of celebrities do. According to InTouch Weekly, actress Jennifer Anniston always enters a plane with her right foot first, and after tapping the outside of the plane. Singer Taylor Swift has a strong belief in the power of 13. She paints it on her hand before every show because, "13 is my lucky number; for a lot of reasons," she explained in an article to MTV in May 2009. 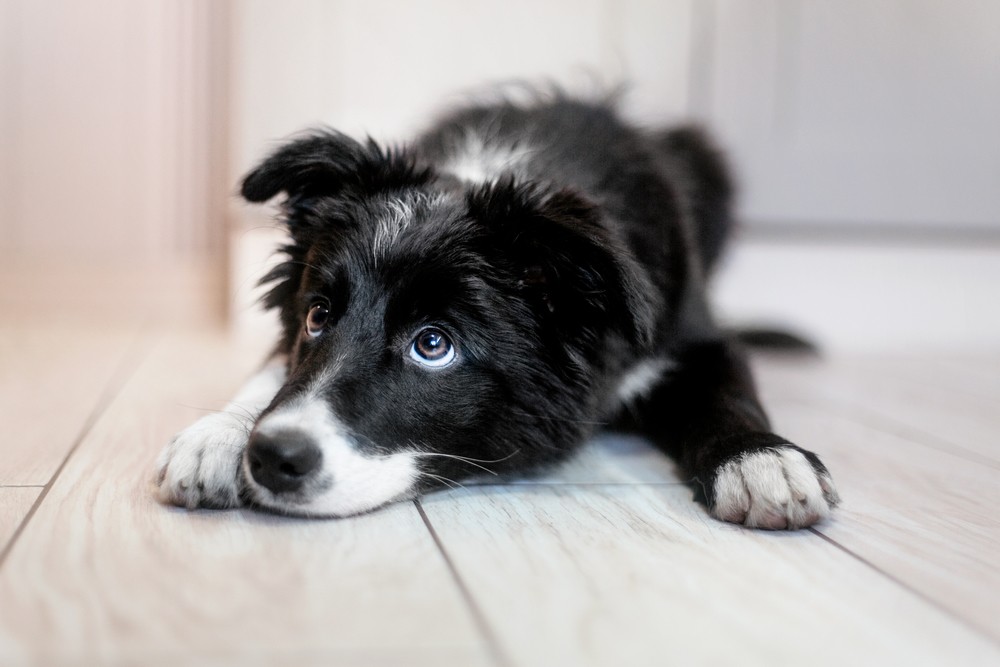 Well, here is the thing. I can absolutely understand how Taylor's 'weird' list of circumstances surrounding the number 13 that ALL lead to good outcomes could cause her or anyone to think 13 is a predictor of positive life events. I can also understand how Jennifer could think her plane boarding ritual may in some way help her to get back down to earth safely.

After all, we know that as living beings, past experience is constantly teaching us about what we may predict in the future.

Associative learning is a general term referring to the process whereby learned associations are formed between stimuli. It includes both operant conditioning, where behaviors are learned, strengthened, weakened, or modified based upon the consequences of those behaviors; and classical conditioning, which is a reflexive or automatic type of learning.

For Taylor, *when* the date includes a 13 (antecedent), it seems that no matter what behavior occurs, the consequence is something of value to her. So, 13 is affecting her reflexively (in anticipation of that day, her heart rate may change, her ability to focus may change, etc.). Also, whatever it is that occurs on the 13th of a month, has a positive outcome. And by the way, we are not talking about a mild good thing. We are talking about her BIG career and life milestones.

Thorndike's Law of Effect states that the strength of a behavior depends on the consequences the behavior has had in the past. In other words, behavior is a function of its consequences.

However, for both Taylor and Jennifer, those consequences are actually coincidental. Coincidental is the key word that makes their behaviors superstitious behaviors.

Superstitious Behaviors: Where do they come from?

The term "superstitious behavior" was first coined by B.F. Skinner after a 1948 experiment with pigeons. He placed them in a Skinner box with a feeding mechanism set for feeding every 15 seconds no matter what the bird was doing at the time.

Interestingly, of the eight pigeons, six developed odd rituals. One turned in counterclockwise circles; another raised its head toward one of the corners of the cage; one bobbed its head; two birds swung their heads to and from; and one made brushing movements toward the floor.

Skinner's explanation was simple: the first time that reinforcement occurred, the animal had to be doing something. No matter what that behavior was, it was followed by a reinforcing consequence. This increased the likelihood that the behavior would occur again…and therefore that the bird would get reinforced for that behavior again.

It can easily happen in dog training as well, for any number of reasons. I know I have seen it personally with my own dog, with clients, and in the community.

How does it happen?

Think about marker training — when you use a marker (often a distinct sound such as a click or word) to tell the learner THAT was exactly what you are looking for…and that reinforcement is about to come. The beauty of marker training is that it can really speed up learning because it is so specific and it comes right after the correct behavior.

But one of the challenges to using marker training is that, if your timing is off, you could accidentally reinforce a different behavior than what you had intended.

This happened recently to me as I was teaching my dog, Dawson, to walk around a cone. Once I got to the point where he would go around it once, I clicked as he was coming around…but that was not all. I also caught him looking at me. I realized later that I then began clicking (unintentionally) when his head turned toward me.

Guess what behavior I am seeing a lot of from Dawson, even when he understands that I want him to continue moving around the cone?

Yep! He looks at me when he gets to the spot where I am standing. While he may have initially looked at me for information about whether or not to continue, or to see if he'd get clicked for that turn, it seems to have become a superstitious behavior. It has been tough to get that 'look at me' out of his behavior, and is still a work in progress.

This is what I have been trying to fix it.

First, I clicked when he was in the process of moving around the cone, BEFORE his head came up to me. That actually has started to improve his speed around the cone, but he still looks up at me.

The next thing I tried was clicking while he was moving, while his head was facing straight ahead or looking in another direction (anywhere except toward me) — but this time, I tossed the treat away from me, in the opposite direction from where I was standing.

Progress! The combination of treat placement and timing of the click has made a difference. Dawson's looking at me behavior is still there but not as much. I will keep working on this.

I have another very short clip of a client from awhile back asking her dog to lay down. Notice how Kya's paw comes up as she goes into the 'down' position. Cindy had given reinforcement to Kya for laying down, and the paw just happened to occur before getting on the floor.

That paw raise had become part of the laying down behavior.

Cindy thought that paw coming up was cute and liked it in the behavior so we left it as is. If she had wanted to teach Kya to lay down without raising her front paw on the way, we would have retaught that behavior with modifications. (We also ended up working on cleaning up Cindy's 'down' cue, teaching one cue at a time.)

Each time superstition rears its head, the circumstance and the behavior may be very different. That is why solving it can take some experimentation, maybe some video work, and some rethinking your training plan.

It may mean splitting your lesson to focus on the cause of the superstitious behavior.

If, for example, your dog is barking during training, is that due to a response to high value food? To the environment? To the activity? To your training being too long? To your dog being stressed or frustrated?

You may need to change where or how you are training. You may need to train with a higher rate of reinforcement or a lower value reinforcer. You may need to spend time teaching your dog to have relaxed muscles in the presence of food. There are so many different variables to consider.