If you've been in dog training for a while you've likely come across the learning models of Operant Conditioning and Classical Conditioning. You can hardly pick up a training book anymore without either one or both being mentioned — and that is a great thing!

However, if you aren't sure what each of these models is, you aren't alone.

Each has potentially confusing concepts, and each governs a different part of our teaching experience with dogs. You're using them both all the time whether you understand them well or not, so let's get them sorted out, shall we?

What is Operant Conditioning?

If we want to get all formal and jargony about it, we could say it is "conditioning in which an operant response is brought under stimulus control by the presentation of a consequence contingent upon the occurrence of the operant response."

But...that's quite a mouthful!

​So let's work to get comfortable with some of these terms so we can use them later. There are a few things we can get straight right away.

Any time you see "conditioning" (or its variants), you can think "learning."

For example, a "conditioned response" is a "learned response," or some behavior that wasn't innate in the learner and was instead acquired at some time throughout the course of their life.

For example, your response to money is completely conditioned, and not innate.

And an "unconditioned response" would be, by extension, a behavior that doesn't have to be learned. Your response to food is innate, and not conditioned.

Okay, that takes care of the first word in that definition.

Also in that definition is the term "operant response." For our purposes, we're going to think of that as "a behavior done on purpose." It's a freely-chosen, voluntary, planned action, and it is modifiable rather than rigid.

This is a quick-and-dirty definition, and there are exceptions and nuances to this that could come up in discussion, but this definition will fit for our purposes.

That leaves us with "stimulus control."

Stimulus control just means that a behavior reliably happens in, or is "controlled by," the presence of a specific stimulus.

The stimuli we think of most in dog training are our cues (or commands, if you prefer), but thinking broadly, a stimulus can be anything that happens in the environment, as well.

Then the last bit of the definition says that all of that is determined by a consequence happening after the response in question is performed. The timing of that is important.

​So, now let's read the definition again, substituting anything new you learned, putting the more informal terms in place of the formal ones.

Read it again. Do it until you actual take meaning from that (don't worry if that takes a lot of passes).

​A quicker way to do all of this would be to say that "OC is a type of learning in which behavior is modified by its consequences."

And you, as a dog trainer or dog hobbyist, modify dog behavior by planning which consequence to apply all the time (and the environment all around you conspires to apply some consequences of its own, as well.)

In Operant Conditioning there are 4 kinds of consequences you can apply, helpfully arranged into quadrants for us for the sake of organization.

​You can think of these quadrants as having two dimensions: the nature of the action being taken, and the effect that action has on future behavior. To be more specific, the action can be either adding something to the situation, or taking it away. And the effect this has on future behavior can be either to make it likely to happen more, or likely to happen less.

And thus, there is learning!

Except it's never really that simple, and the study of Operant Conditioning is the gift that keeps on giving! Keep delving and there will always be more to know.

What is Classical Conditioning?

Now that we've organized the basics of Operant Conditioning, we can address a different model of learning called Classical Conditioning.

For dog training purposes, you can think of Classical Conditioning as governing associations, reflexes, and by extension, emotional responses.

First described by Ivan Pavlov, CC predates OC by several decades, and mainly governs how associations get made, and therefore how to change them. Associations can be made between any two elements in the environment that are noticed/experienced by the learner. 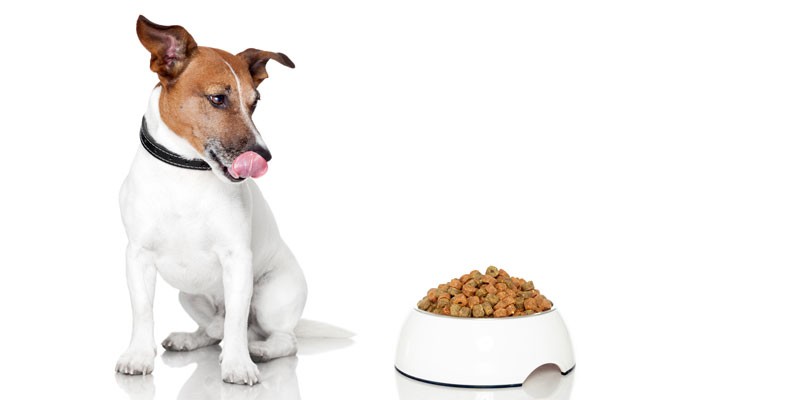 ​If you've heard the story of "Pavlovs' dogs" and how he discovered they would salivate just at the ringing of a bell, you've heard of Classical Conditioning.

What you might be less familiar with is how it intersects with dog training, and what it might mean to you.

Wading through the literature on Classical Conditioning will show you that it gets technical very quickly, and it most definitely has its own jargon, so let's pare this down to the basics and highlight the parts you need to know, then move into how to use it in dog training.

​Classical is different from Operant Conditioning in many ways, but the most striking difference, and one that can be tough for dog trainers to wrap their minds around, is the idea that two things can get associated *irrespective* of the behavior of the dog.

In Operant Conditioning, what is getting linked is the behavior and what that follows the behavior, which then has the power to influence the likelihood of that behavior happening the next time. Specifically, dogs notice that performing that behavior leads to that consequence, and they make a decision to engage in that behavior again.

In classical conditioning, what is getting linked is just two events, as they happen, regardless of what the learner is doing in that scenario.

For example, a child hears the phone ring and watches someone go answer it. She notices that this happens every time that phone rings; someone will always come over to it and do specific things with it.

Similarly, the events can also involve the learner directly, though again, irrespective of behavior.

An example here would be a dog learning to hang around in the kitchen when you are cooking, because you are clumsy and likely to drop food. The dropping of the food happens regardless of what the dog is doing at the time, but kitchen/cooking and food dropping are closely associated for the dog.

​Now, it may seem like I mean to say that the learner is passive here, in that they are only present for events happening.

But, in fact, Classical Conditioning is an active process.

For an association to be made, the learner has to notice the two events, and notice their relationship (does one follow the other predictably, consistently, or is this a random event?).

Just because two things happened near each other in time doesn't mean that they will be associated. That is up to your learner.

There's no way to get around that there is an opinion and reaction being formed when a formerly-neutral thing is now equated with a fabulous, well-liked thing.

In doing this, you are creating what are called "conditioned emotional responses," or CERs. The dog that is not only salivating, but is happy and excited to hear the click and has a CER to the sound of the clicker.

You can create a CER to just about anything, and really, you always are.

Most dogs have a strong CER to their leashes, to getting in a car, to you grabbing your shoes, or to you puttering around to make dinner (if you feed the dog dinner around that time as well).

My dog gets excited by a nearly-empty dinner plate, and I'm sure many of you have had cats that come running to the sound of a can being opened.

Our pets make all sorts of predictions all the time, and have feelings related to those predictions. As trainers, you can and should apply this purposefully... But remember that they're going to be happening anyway, whether you do are purposeful or not.

While these forces are happening all the time, whether we intentionally harness them or not, the more we understand them, the more effectively we can create behavior change in our learners.

And after all, what else is dog training?

​Questions? Still not clear on a point -- or have another concept you want us to tackle? Leave a comment and let us know!