So, last week in Part 1, we discussed all the situations where we may consider limiting our dog's choices. Now let us look at some situations where increasing choice (or even offering unlimited choice) may be useful.

Offering choice and control remains a cornerstone of animal welfare. However, it is a harsh reality that many of our dogs have little control over their own lives.

Like all captive animals, we mostly control what they eat, when they eat and how much they eat; they are mostly confined to a space that we dictate (our home, fenced yard, etc.); we control when they get to leave our property and for how long; and we mostly control where they go and what they do. In many homes they also have limited choice as to whether they are inside or outside; where they rest / sleep; and many even have no independent choice of when they toilet. These are adult creatures, independently capable of many tasks, with amazing cognitive skills, and we control their lives far more than even a captive zoo animal (who at least can toilet at any time and is only very rarely confined to a crate).

Much of this control is necessary for dogs to be safe and healthy, and for them to exist successfully within our society and especially within our homes. Fortunately for the most part dogs are amazingly adaptive and enjoy the life they are given. However sometimes it is worth objectively considering just how "unnatural" their lives are, and how little true control they really have.

Adding Choice: Easy Ways to Give Our Dogs More Choices 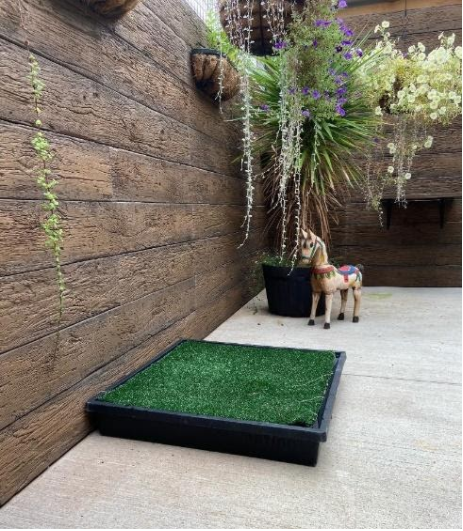 A pet loo on a patio

Allowing the dog to have more control over their day-in-day-out life can have a huge impact in preventing and addressing behavioral issues. I have seen many simple changes improve confidence and reduce anxiety-related behaviors in dogs.

Having unrestricted all-day access to a toileting area may not seem necessary, and many dogs survive very well without this, but this simple addition to the home sometimes has a surprising effect on overall behavior, particularly in anxious dogs.

Allowing for comfortable sleeping / resting in differing locations, and with the ability to stretch out fully in at least one of these locations, can improve sleep quantity and quality. Improved sleep has been shown to significantly impact overall behavior in some dogs. 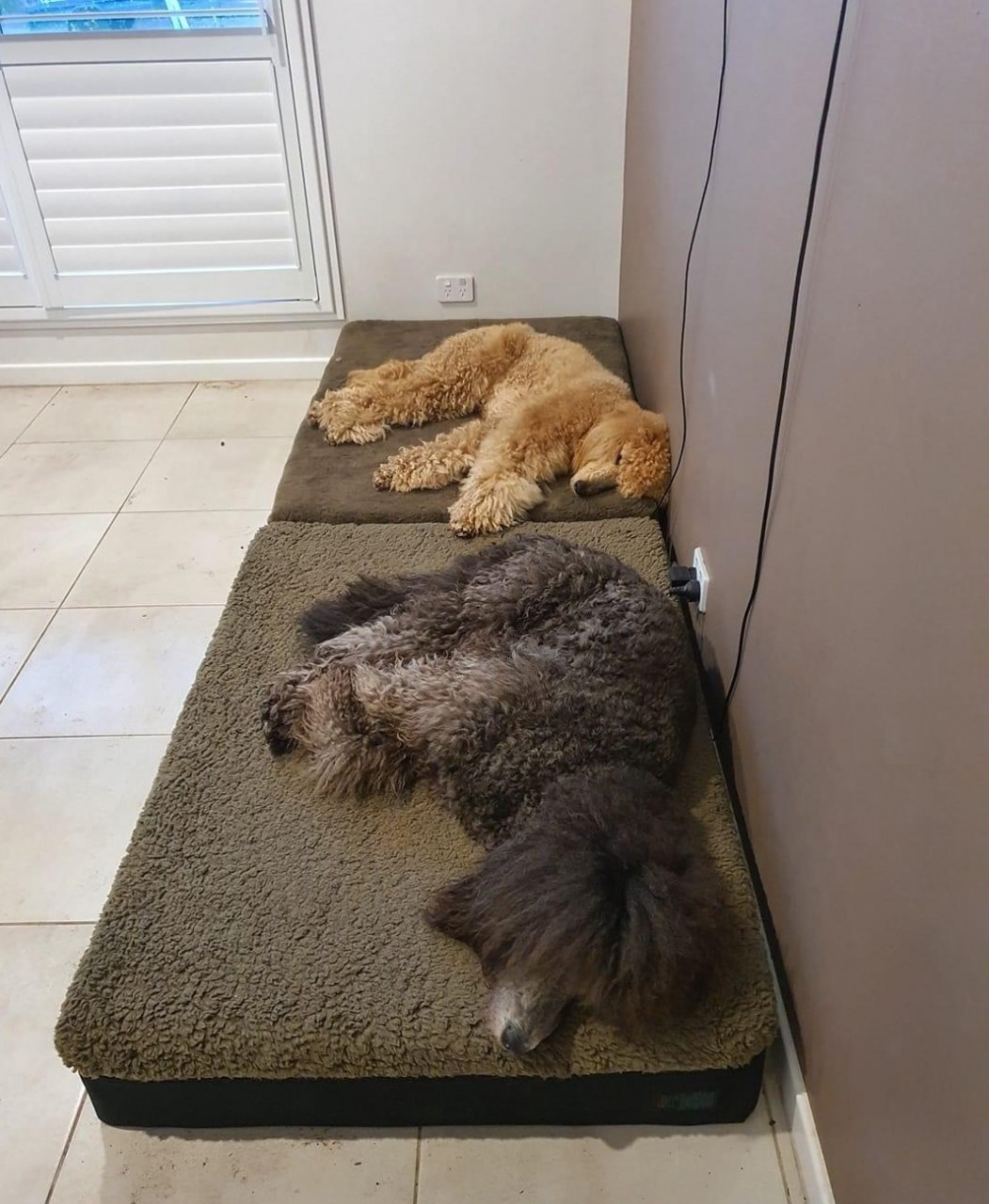 Having the opportunity to wander away from us and explore independently, develops confidence, independence, and improved coping skills.

Mostly, however, when we have puppies, we are desperate to keep a constant eye on them and restrict them from wandering. There is a very valid reason for this—it is so they do not damage something, do something dangerous, or toilet in the home.

The downside of this constant human hovering is that we curtail their independence, and we risk building up a pattern for the dog believing it is always supposed to be near us, or at least in the same room as us. The fact that dogs learn this makes sense—every time a puppy wanders out of the room, owners tend to call them back (because they do not want an unsupervised puppy wandering around the home), after many repetitions the pup stops wandering off to explore, then this behavior of remaining physically close (in the same room) can simply be carried through to adulthood unaltered. In addition to the lack of exploratory experiences, and the lost potential for developing coping skills, resilience, confidence, and the ability to function independently, we also sometimes see separation-related problems develop due to this trained dependance.

Some of the best habituation, and coping skills for life, can be developed through allowing the dog to investigate the world independently of us. For homes that allow it, a pet door can be invaluable for encouraging this type of independence. This provides the dog with freedom of choice; the opportunity to spend time in the sun, or the shade, to stretch out for a rest, or go for a sniffy wander. Whilst out there, the dog will experience sounds, sights and smells, and as they are relaxed, and able to make independent choices, they will likely habituate to many things. Overall, this improves the dog's skills for coping with uncertainty and novel experiences. 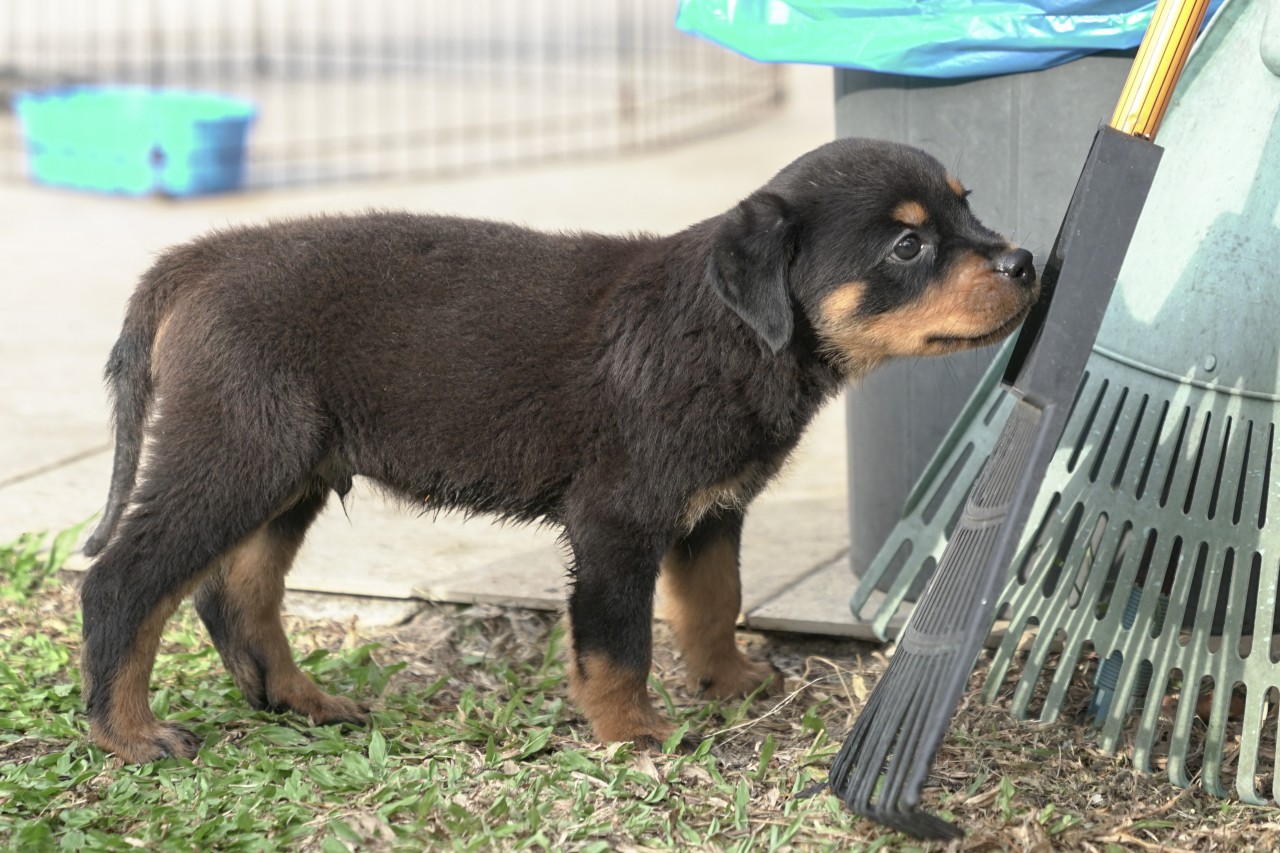 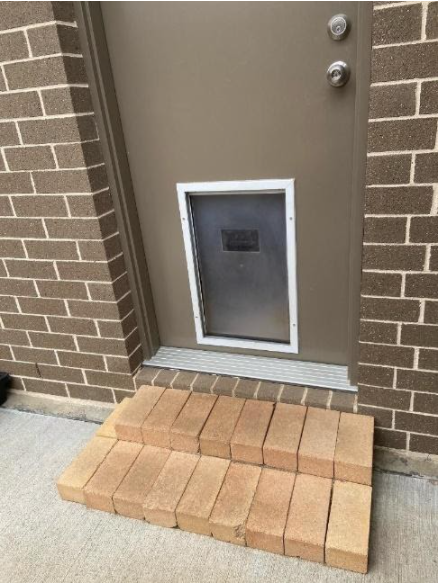 When dogs have to notify an owner to let them out, a few things happen.

Pet doors resolve all the above issues, as the dog can come and go as frequently as desired, they never feel trapped outside, they won't feel like they need to rush, and they can practice their skills for exploration and independence, with the option of coming back inside if they feel concerned about something. It is quite interesting to observe videos of dogs that have access to pet doors. The amount of time spent exploring, sniffing, and resting in different locations, is much greater, when compared to the same time period for an indoor only dog, or a dog with restricted access.

Of course, not everyone's situation allows for a pet door, but it is still well-worth considering allowing the dog to have greater independent opportunities for exploration, even within the home. Letting puppies / dogs wander into another room to explore (with a remote video camera to keep an eye on them if necessary); setting up low visual barriers within a room so the puppy can feel like they are independently exploring (out of visual contact of human legs, but the human can still visually monitor them); making some areas "puppy-proof" so the human is not needing to constantly stop the puppy from interacting with objects; and leaving items on the ground that the dog / puppy is allowed to choose to investigate without the human actively encouraging it, or discouraging it, are all useful strategies. 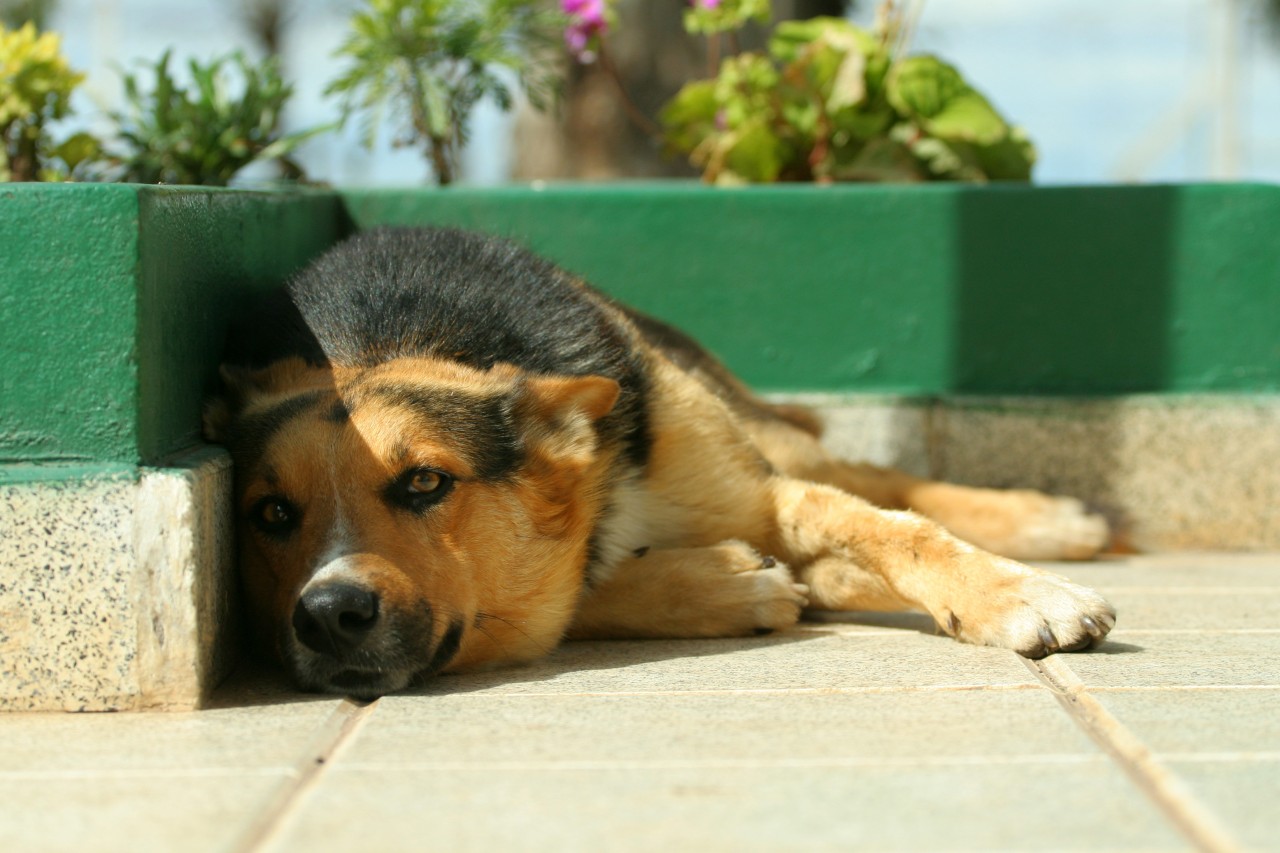 Just taking a moment to think about how much independent exploration (not set up training exercises) the average dog can undertake around their own home and/or garden can be confronting.

Dogs' lifestyles have changed a lot in the last few decades.

Dogs historically were primarily kept outdoors. They had lots of opportunities for exploration, could rest wherever they felt like it, and could toilet whenever they needed to. If / when they were brought inside the home, they were heavily restricted to where they could go and what they could do, but that was ok, because most of their life was outdoors.

Nowadays many dogs have a mostly indoor life, which sounds so much nicer—temperature-controlled environment, and soft dog beds or furniture to sleep on. However, these dogs are often stopped from performing behaviors associated with exploration and blocked from performing many other natural behaviors.

In more recent years we have seen the promotion of the all-important "sniffy-walk" for these indoor dogs, in an attempt to offer increased opportunity for performing natural behaviors, but it is still worth remembering that whilst the dog may go for a one-hour sniffy walk each day, there still may be 23 hours each day of behavioral restriction, often with the addition of periods of extreme physical confinement.

It's a difficult situation, we share our homes with dogs, and hence they need to conform to what we need (not chewing rugs, not counter-surfing, not entering areas where we don't want them), but we do need to be mindful of what they need too.